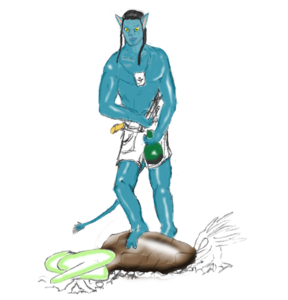 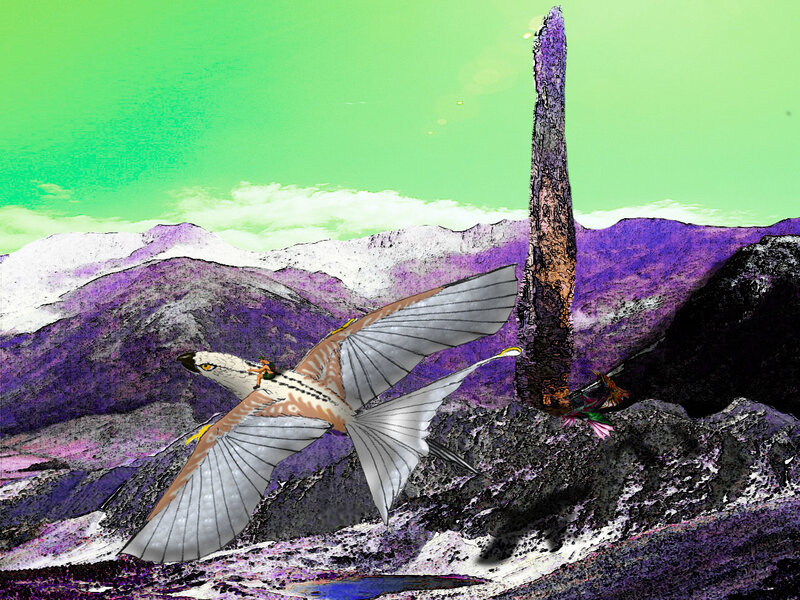 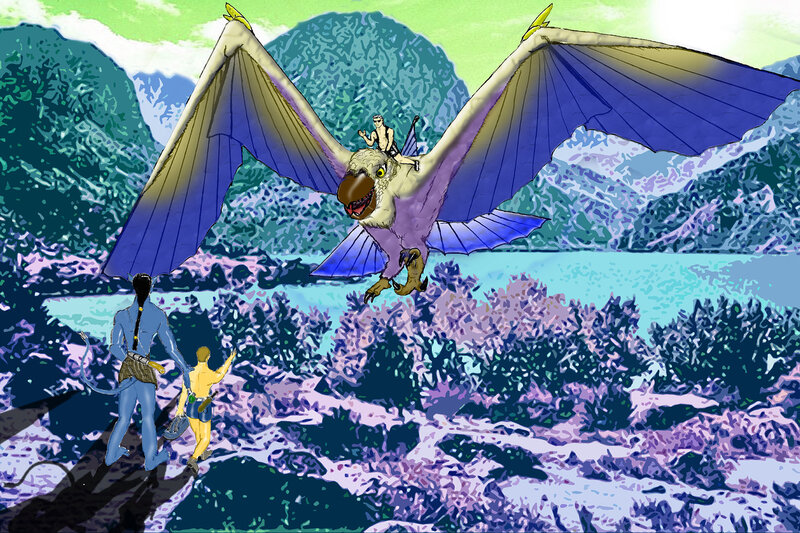 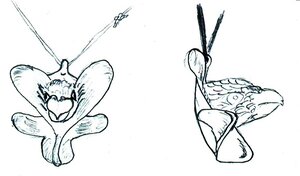 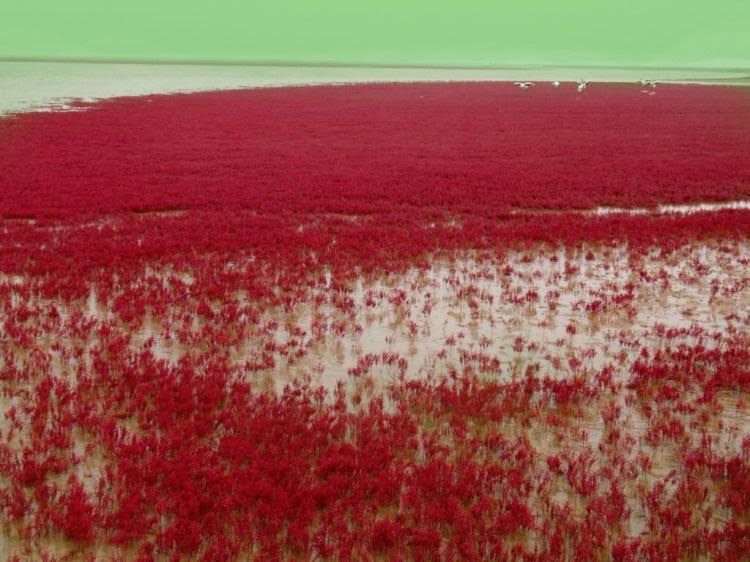 ...I want to go where they are going
Into the world they've been
Can I open up my mind enough to see... ©
1

From the author. This is the first translation of the significant text in the English language. It may be different errors: the arrangement of words, punctuation. I am very grateful for those who have the opportunity to pre-correction of the text. I possibilities of the spent efforts for the conservation of the natural atmosphere of the narrative, shifting some of the words is not available in English on the English-speaking manners.
Thank You.
Pleasant reading.

The action of the story happens in the modern Russia.
Alternative link
Print version (rus):

I aspire to the flight and at the bottom of my house,
Air shoulders beats, I do the wave wing.
I would have come long ago, just to know - how,
Between the worlds of the window - darkness comes alive,
Alive day, freezes night,
Become the light shadow, I'm in a hurry to help.
I hasten to help those, who did not know,
I dashed away, he became winged.
Author: Martian
ANNOUNCEMENT
"Are invited 6 wishing to take part in the transfer of goods by upper management ikrans. Besides the desire to need to have good physical training, strong nerves and a vestibular, to be a pure soul and heart open for new impressions and not have bad habits and drug dependence. The event duration of 10 days, your contact information in your profile."

Sergei took the mug of coffee, and read it again. "Nonsense.." he thought, and closed the topic. At the forum it recently, but already well accustomed. Behind deposited winter session, now we can relax and sit in the web. Yes, of course it is a lover of cinema, and "Avatar" in particular, but that would be so... But nothing more was nothing, and Sergey again opened the mysterious announcement. Immediately behind him already signed forum flooder: "IN th there smoke?", "I want the same grass" and still in the same vein, if only post a set. Sergey for the stripes are not pursued, and do not write loves.
Topic-starter as if not seeing these posts, added to a declaration of "Glucomans and drug addicts, please do not worry. Wishing to be ready to spend a week in the tropical climate."
Read it and realized that it had gone cold. After finishing the cold, Sergey opened profile topic-starter's, where through a form you can send message "on the soap". He did not know why he does it, he wrote back "I Want to fly on ikrans, how much does it cost?".
"Well, now amount make, and the whole scheme will become clear", he now understood why all this and wait for an answer.

Sergei came to myself, realizing that he was lying face down face in the grass. Ringing in the ears, nausea and headache. You do not want anything to do. Even open he eyes. Sergei sat down on his haunches, his head in his hands. Sigh - and the nose hit the charge is completely new, strange smells, which sometimes are subtle. But one smell is not only strong, but also sounded familiar, his salty flavor. Through the pain in his head, he remembered it - it's the smell of the sea, this was when he was with his parents a week spent in the Crimea. Sergey opened his eyes, And he immediately punched the bright light, he had to close them, And start looking for his glasses. They wisely hung on his neck, when it all began in the woods, but now they are not there. At the touch he found them in front of her, apparently fell, with the fall.
Overcoming the nausea and pain, Sergey looked in front of me. The Grass. After looking more closely, he saw that the grass of the ringed, and the grass consist of beams of thin fibers, blue. Took his glasses off - no color has changed. Looked around, and for a moment forget about the headache.
He sits in a clearing, a little inclined to the horizon, in the side of a large open space, the horizon of which the busy sea. Above him the sun was shining, illuminating the violet-red forest around the clearing, which is clearly in a passage of the mountain. In the middle of the meadows lay open the bag of the Roman, the close friend of a stick. On the left is Anya with his mouth open and looks into the distance, Kolya is trying to bring in a sense Ira, Tolik only begins to move. Eugene, just sitting on his haunches,
and clings to his head, as if afraid that she was going to come off and rolled away down to the sea. To the sea by the way is not close, it feels that it is on a high. Here Sergey noticed that the sky is green, not blue. Such sensation, that some sort of surrealist artist severely blunted with paints.
The sun heats. Indeed, the status of shoes already don't care. But where the Romance?
"and the Roman saw who?"
"Not..." - Anya, holding in his hand the camera, showed the distance to the horizon, - "Is Not seen. What is it?"
"Well and tricks on him," - growled Sergey.
All, who could think, looked in the direction of the sea. There, on the horizon, something in the air, hovered. It's something more like a steppe eagle, the dark outline, but if it seems at this distance, the present size it was kind of spooky. However, this here is not going to fly.
From the forest came out of the na'vi. The first impression that a continuation of the movie, more than 3 meters tall, strong blue humanoid with a tail and ears, only dressed in a quite decent shorts, on a belt which hangs the flask of a skin. Under the armpits this being all given Roma flask, and in his hand some of the sticks. He looked at the audience with his big yellow eyes. His nose is not by na'vi, upturned, snub-nosed, nostrils almost forward looking, but seems very close to the upper lip, to which there is a depression in the center. Skin and even the blue-green, if you look carefully, but without na'vi's light stripes. Hair dark, curled back in a long, but not like the na'vi from the film tail, is there neurofiber?

Near it was even more amazing than from afar. It is almost monolithic stone, narrow, irregularly and mint form in diameter, formed in consequence of the collapse of some kind of layered rock, embossed on the surface perpendicular to the horizon. The signs of this are visible at the bottom of the hill, in the form of numerous fragments of similar constructions, fallen much earlier. But the one that is left, is a stone pin height of a little less than a kilometer, with sheer walls on all sides. Since the rest of the landscape is clearly not excelled in height and mach of rocks, "tower" in it looked like the Ostankino TV-tower in any settlement. Sergey could not resist, and circled it around, that would be a better look. Roger, apparently, also for the first time saw such a miracle.
Now we need to take a course on the east, and rechecking himself on the compass, Sergey smoothly passed through the ridge of a small mountain system, immediately after which a broad smoothly down the valley. With these maneuvers it overtook the other ikran, on which sat a satisfied like never Nikolai. They were now flying around, giving each other strange characters.
The merger of the two rivers in the valley was quite close, and the terrace is also seen as the go-down. Just for the time spent here, and watching all a big, giant, and begin to think very... Waterfall at the fourth was not a waterfall, but rather protracted cascade threshold. However spray and a roar from it not less, than from the waterfall, and a thick vegetation on the banks seems to move from inhabiting its diverse wildlife.
Pool-lake proved to be quite large. But what would see the parking-settlement, had not safely without hard reset height, only then Sergei learned that in such small lakes "Koo" not found...
Parking can be seen without a compass - the fire-hearth, in the depths of the complex structure of fused between the crowns of the trees near the entrance of the grotto under an inclined flat rock. Around the bustling about the na'vi, exposing their restless tails. It is time for the landing.

Managing directly under the "roof", Sergey gently landed and not less than deftly jumped to the ground. But immediately felt that a flight is not passed in vain, "the feet and have remained in the spread out, and very painfully perceived task of normal walking. Nikolai, too nice leaped to the ground, completely lost his balance and sat down on his back. Roger knowingly looked at Sergey, but made it clear that he was getting hungry, and so he could sit feel like. Sergey patted his beak, and he made a few steps away, on the water of lake concern in the form of waves.
To be continued in chapter 5. "Hunting"...